“In practice we designed an inner world for children. Nuno nono is an interior: rounded, liquid and abstract, where figuration is almost impossible… with no recognizable shape, reacting to the orthogonal, hard and edgy exterior world given to us by the city’s planimetry. There inside, the whole project turns around a central patio. In our eagerness to liberate the design of intentions we understood that the only material necessary to build this space was light, as it is an intrinsic necessity of architecture itself….

Light became so important that internally at the office we called the project “RGB” which are the three basic light spectrum colours, from which the whole chromatic gamma can be obtained by mixing them in different intensities….Where all functions meet together, the patio, colours turn into white as it is the result of mixing all three RGB colours at a time.

In order to keep the conceptual character of the project also during construction process, the challenge was to colour the spaces with light (RGB), not with paint (CMYK). To achieve such an idea we came up with a composite panel …The panels are translucent and thanks to the bended shape of the classrooms they happened to be self-supporting, so no extra substructure was needed.

The exterior layer was translucent white, when the interior one was selected with a specific RGB colour depending on the programmatic space that they had to wrap. Therefore, when light doesn’t influence the panels they appear whitish, and only when light crosses through them, the adjacent spaces tint themselves with the specific RGB colour, building in that way these spaces: with the colour of light. 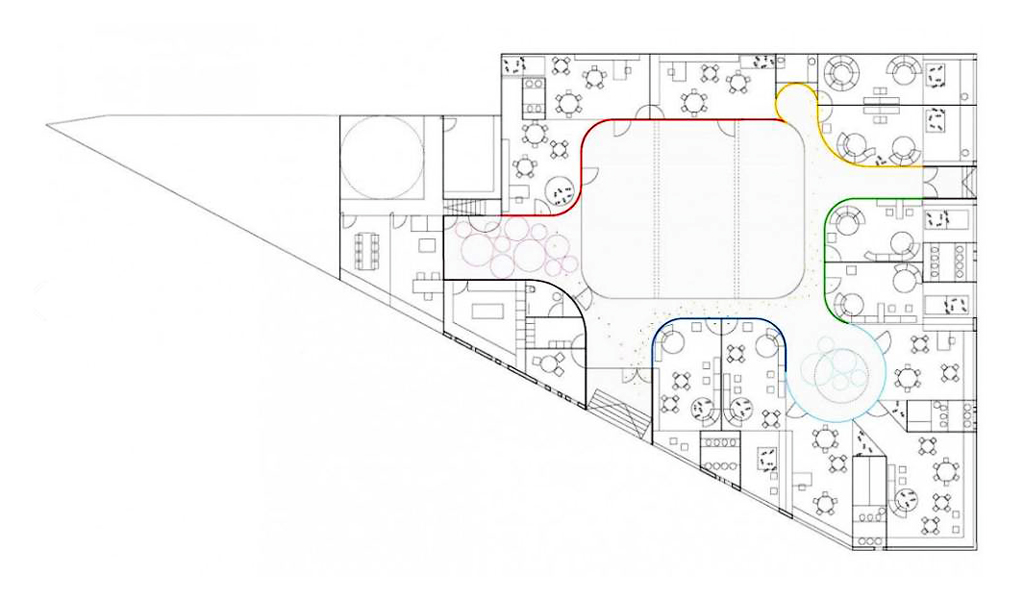 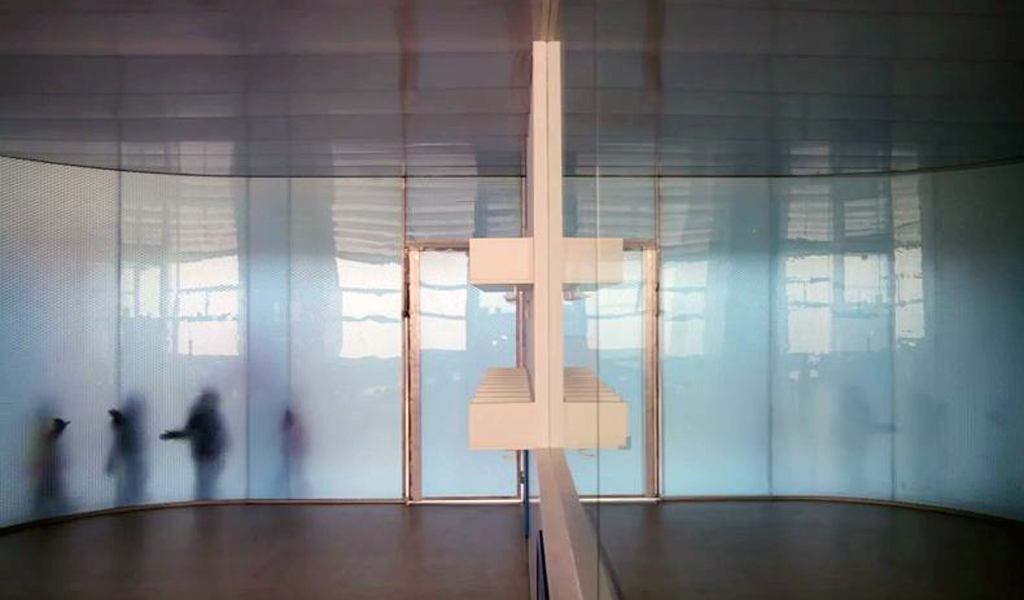 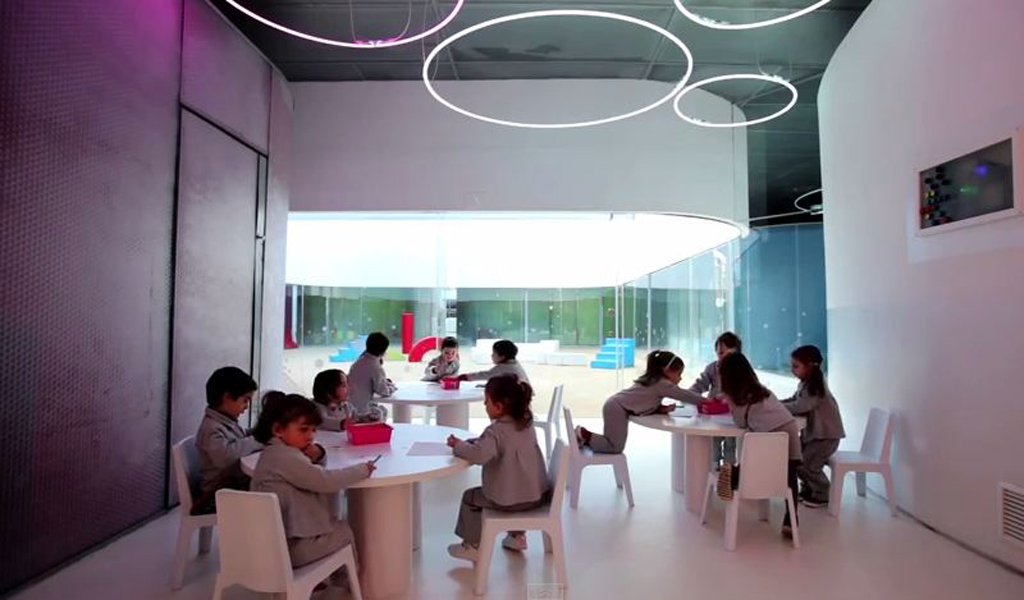