WE ♥ HONEYCOMB. PANELITE FEATURED IN BIOMIMCRY BOOK “THE SHARK’S PAINTBRUSH” Jay Harman’s new book, THE SHARK’S PAINTBRUSH: BIOMIMICRY AND HOW NATURE IS INSPIRING INNOVATION,  examines a multitude of biomimetic solutions including the astounding efficiency of honeycomb structures:

“A honeybee has to ingest about eight pounds of honey to secrete one pound of wax, so building the most efficient wax structure is a priority. The numbers confirm that a hexagonal shape can best fill, or tile, a given surface area while using the smallest amount of material, in this case, energy-intensive wax. A lattice of honeycomb cells is created via repeating angles of 70, 110, and 120 degrees. Each cell also has shared walls, which conserves more wax as well as fully utilizing a three-dimensional space.

The New York–based company Panelite has modeled its biomimetic ClearShade insulating glass on the hexagonal structure of honeycombs. ClearShade controls the amount of sun’s heat that’s admitted to a building, while still letting in plenty of light. The glass gives an interesting visual effect as well, since its internal structure breaks up the view of the outdoors into an almost pixilated, unfolding image. Installed in the new Jet Blue terminal at John F. Kennedy International Airport as well as a number of university campuses and other buildings, it’s able to control heat gains and significantly reduce air-conditioning costs.”

Though our ClearShade insert uses a tubular honeycomb, the principle is correct. The honeycomb both optimizes and diffuses daylight, while shading from solar heat. Our Bonded Series panels use a variety of different honeycomb cores, including the hexagon, all of which share the principle of minimal material arranged in a cellular network to provide the greatest possible strength-to-weight ratio.

The author also looks at other examples of honeycombs used on a larger scale in architecture to control views and provide shading, such as the hexagonal balconies in the housing complex in Izola, Slovenia, pictured top right. 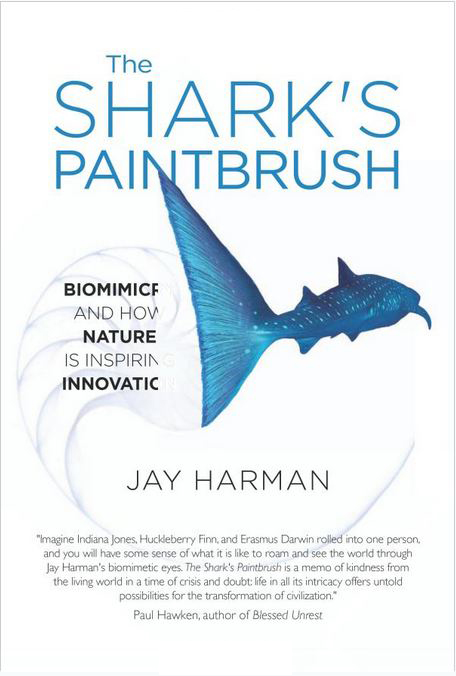 The book can be ordered at White Cloud Press, Amazon, Powell’s, and Barnes & Noble in hard cover and e-book formats.

Blog feed
Be the first to know when we post new ideas.